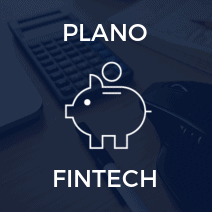 Usually, the flow of an M&A transaction includes the initial conversations regarding the business and basic terms, due diligence, agreement negotiation and closing after the conditions are reached, including obtaining governmental approvals and third-party consents.

These initial conversations are usually formalised through a document which is called by different names such as Letter of Intentions (LOI), Memorandum of Understandings (MOU) and Term Sheet. No matter how it may be called, this initial document contains basic aspects of the deal which will be confirmed after the Due Diligence is carried out and may be subject to adjustments in case of divergence from the initial information received by the buyer.

Due Diligence basically contains information provided by the seller which is analysed and scrutinised by the buyer through their lawyers and auditors. In this stage, the buyers seek two main things: (i) analyse if it is a good business and if they want to proceed with the deal; and (ii) find the potential problems in the target in order to build appropriate representations and warranties to be disposed at the final documents insuring indemnities from the seller in the event of any violations.

After the process of Due Diligence, and if the buyer decides to go forward with the deal, both parties start to negotiate the final documents, which usually consists of a Sales and Purchase Agreement, known as SPA.

The SPA contains all the information regarding the operation, included but not limited to object of the deal, price and payment structure, guarantees from the buyer regarding the payment, representations and warranties from the seller – which mainly reflect the findings of the Due Diligence, indemnifications and penalties for breach of the agreement and pre-closing and post-closing required actions.

It is quite common in a process of M&A in Brazil, in order to bridge the gap of value expectations between the parties, to negotiate a post payment which is usually called earn out and it will be due by the buyer if the target reaches some key  performances negotiated previously. Therefore, if the seller has the expectation of a higher valuation for their company because they believe that the company has a bigger potential of growth that it is initially seen by the buyer, and this hypothesis is concretized, they will receive an additional payment from the buyer.

Furthermore, if the acquisition is not total, in other words, if both parties will remain somehow in the company, the SPA also disposes of the aspects of corporate governance such as ruling and veto rights, preemptive rights, tag and drag along rights, dissolution and succession and profits and dividends distribution;

Depending on the industry and the size of the business, the regulatory agency or other authority has an important role as some transactions are usually subject to approval and compliance with financial, technical and legal qualifications.

Finally, after all the approvals and precedent conditions have been reached, the signing of the final document takes place and formalises the closing transaction with the payment and share transfer between the parties.

Besides the closing and formalisation through the final agreements, it is important to be aware and to dedicate time to other important steps like the execution of the post-closing actions negotiated, as well as the performing of the integration and business decisions of all the plans made during the deal.

The 5 most frequent legal mistakes made by Startups in Brazil

It is very important to founders of startups to take into consideration the legal side of their decisions from day one.

In Brazil, at least 51.4% of the companies have the interest in understanding what a Corporate Venture Capital.

What do you need to know to open a fintech in Brazil?

The Brazilian fintech market is getting bigger every year and is the largest in Latin America.